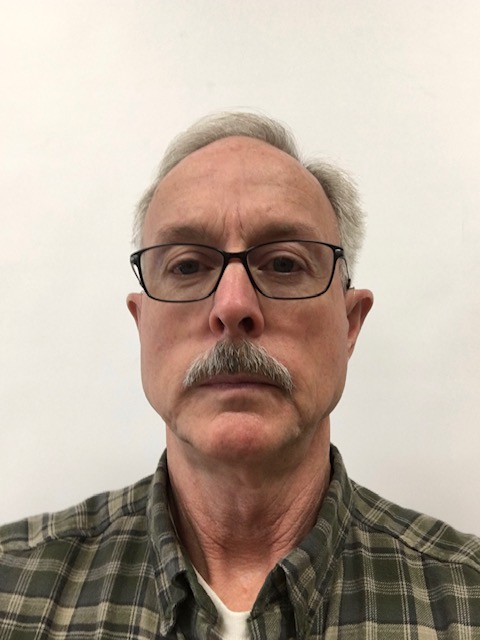 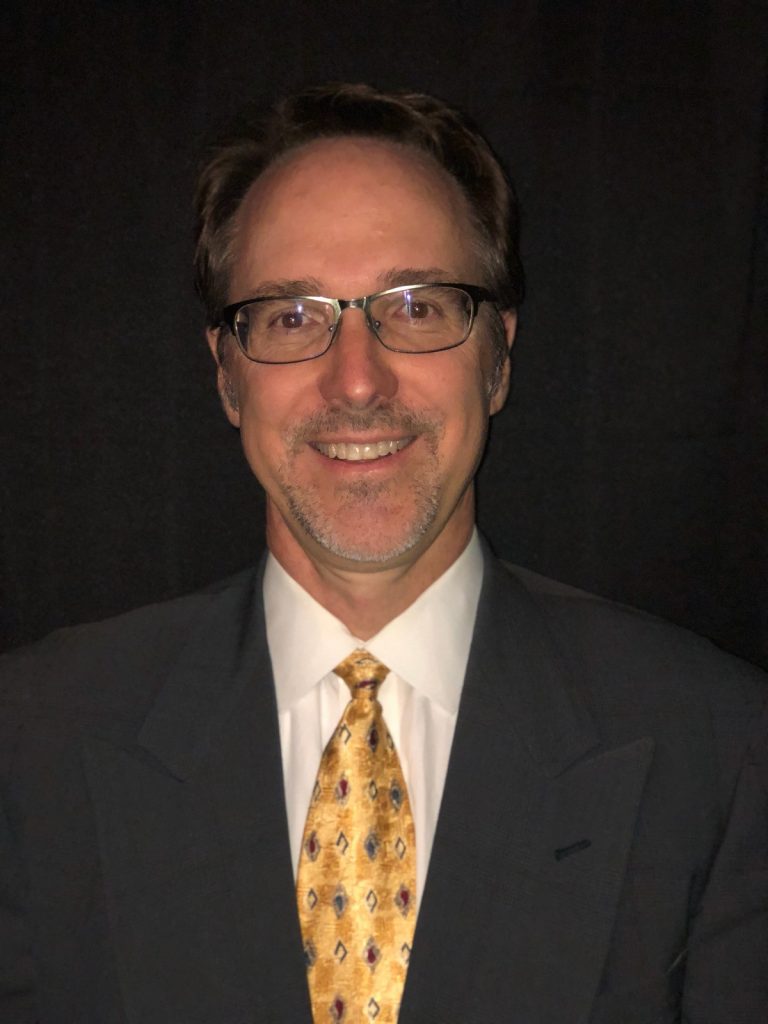 Mr. Dan Privott began at Cumberland University in the fall of 2014 as an adjunct instructor. He teaches various accounting classes in the undergraduate business program.  Mr. Privott continues to work as a technology consultant specializing in Oracle and NetSuite implementation, upgrade and enhancement projects, which he has done for over twenty years.  Prior to consulting, he spent time in two Big 4 public accounting firms.  He is an active CPA and also has a PMP as a certified project manager.

Mr. Privott holds a Bachelor of Science degree in business from Wake Forest University in Winston-Salem, NC and an MBA in Accounting and Finance from Vanderbilt University in Nashville, TN.  He is currently completing a Doctorate of Business degree with plans to graduate in the fall of 2021. 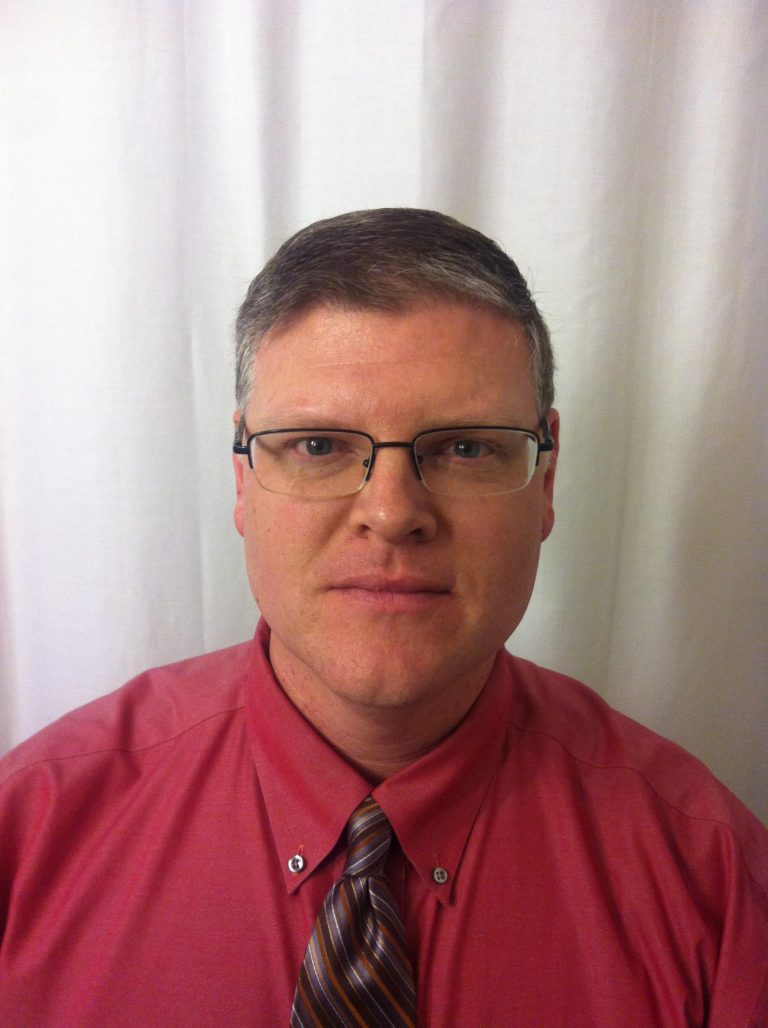 Adjunct Instructor of Biology
Work Email: areynolds@cumberland.edu
Location: Labry Hall
Category: Adjunct Faculty
School: The Labry School of Science, Technology, and Business Adjunct
Degrees:
B.S., Cumberland University
M.S., American University of the Caribbean School of Medicine, Netherland
Antilles
Bio:
Andrew J. Reynolds graduated from Cumberland University in 2000 with a Bachelors of Science Degree majoring in Biology with a minor in Chemistry.  During his time at Cumberland he enjoyed playing baseball for Coach Woody Hunt.  Andrew is now an adjunct instructor in The Labry School of Science, Technology, and Business here at Cumberland University.  He is currently teaching Human Anatomy and Physiology I and II and Medical Terminology.  He attended American University of the Caribbean School of Medicine and has served in the medical field in Sint Maarten, Netherland Antilles, as well as, London and Romford, England. Due to a family health issue, he returned home to help with his family’s pest control and termite business.  Andrew has been living back in Lebanon since 2007 and continues to take a major role in his family’s business.  He currently holds the company’s operational licensures issued through the Tennessee Department of Agriculture.  He has been an adjunct instructor at Cumberland University since 2009.  He is married to another Cumberland University alum, Melissa Reynolds, who teaches 7th Grade science at Winfree Bryant Middle School here in Lebanon.

Henry taught Computer Information Systems at Cumberland University from 1989 through 1999, achieving the rank of Assistant Professor. Henry played a key role in establishing the current Greek system at Cumberland with the colonization and installation of the Theta Prime Chapter of Kappa Sigma.

In 2000, Henry joined Cendant Travel Services in Nashville as a Software Developer and moved into various training positions. Through a series of mergers, acquisitions, and spin-offs, Henry now works for Expedia Group as an Instructional Designer in the Agent Learning and Knowledge team, developing training courses for the organization’s approximately 13,000 agents across the world. Working in the travel industry has allowed Henry to travel widely, both for work and pleasure; some of his favorite destinations have been Athens, Rome, and Sydney. Henry moved back to Tennessee in 2019 after living in Denver, Chicago, Seattle, and Orlando. He is excited to get back into the classroom.

Adjunct Instructor of Computer Information Systems
Work Email: amatthews@cumberland.edu
Location: Labry Hall
Category: Adjunct Faculty
School: The Labry School of Science, Technology, and Business Adjunct
Degrees:
B.S., Southern Nazarene University
M.B.A., Central Oklahoma University
Ph.D., Nova Southeastern University
Bio:
Alan Matthews has based his career on industry, and education.  At TNU in Nashville, TN, he taught for more than twenty years. Alan also taught online for several universities (Indiana Wesleyan, Bethel University, Liberty University, and Cumberland University).  Alan greatly enjoys both on-ground, and on-line teaching. Before teaching, he was a programmer, systems analyst, project manager and director of several warehousing application development teams. His field is Computer Information Systems. He began as a programmer at the Pittsburgh Post-Gazette, a newspaper in Pennsylvania. Alan worked for some Fortune 100 companies including Westinghouse, Rockwell, Hertz, McDonnell Douglass; and General Mills. He gained some specialty skills/knowledge in Warehousing-Materials Movement and Project Management. The projects were challenging, involving consulting and travel.  He enjoys project work, especially Warehouse Automation, and other Warehousing Fulfillment systems. His formal education includes a BS from Southern Nazarene University, MBA from University of Central Oklahoma, and a PhD from Nova Southeastern University,  Ft. Lauderdale, FL.  His dissertation was on Computer-Aided Software Engineering (CASE).  He taught at the Bachelors level, and in several MBA programs, and at the Doctoral level for Leadership Candidates at Trevecca Nazarene University (TNU).   Alan takes pride in the fact he worked in Business, and then as a professor in Academia.   After starting as a "techie" Alan developed an appreciation for acquiring managerial and people skills, which led to him pursing an MBA. Alan believes a professor should have both industry, and academic skills. He enjoys teaching adults. He believes he can relate to "real-world" experiences. Alan is married and has two grown sons and five grandchildren. He lived in PA, OK, FL and TN. His hobbies are music, travel, computing, and researching. His first loves are Computing and Teaching.  Alan also plays several instruments, and is currently playing the piano for his church. Alan is a Christian and owes much to his faith. As a teen he could not select a computer vocation. He attended two Christian colleges, ENC in Boston, MA and SNU in Bethany, OK.   Alan states he is in a thrilling vocation “giving back”. “GOD is faithful. HE will guide you. You will not be disappointed when you place your life in HIS hands. ‘Faithful is HE who calls you, who also will do it’ (1Thes. 5:24)”. He considers it a joy to work with Cumberland associates and students!  He encourages his students to never hesitate to ask questions, or to ask for his help. 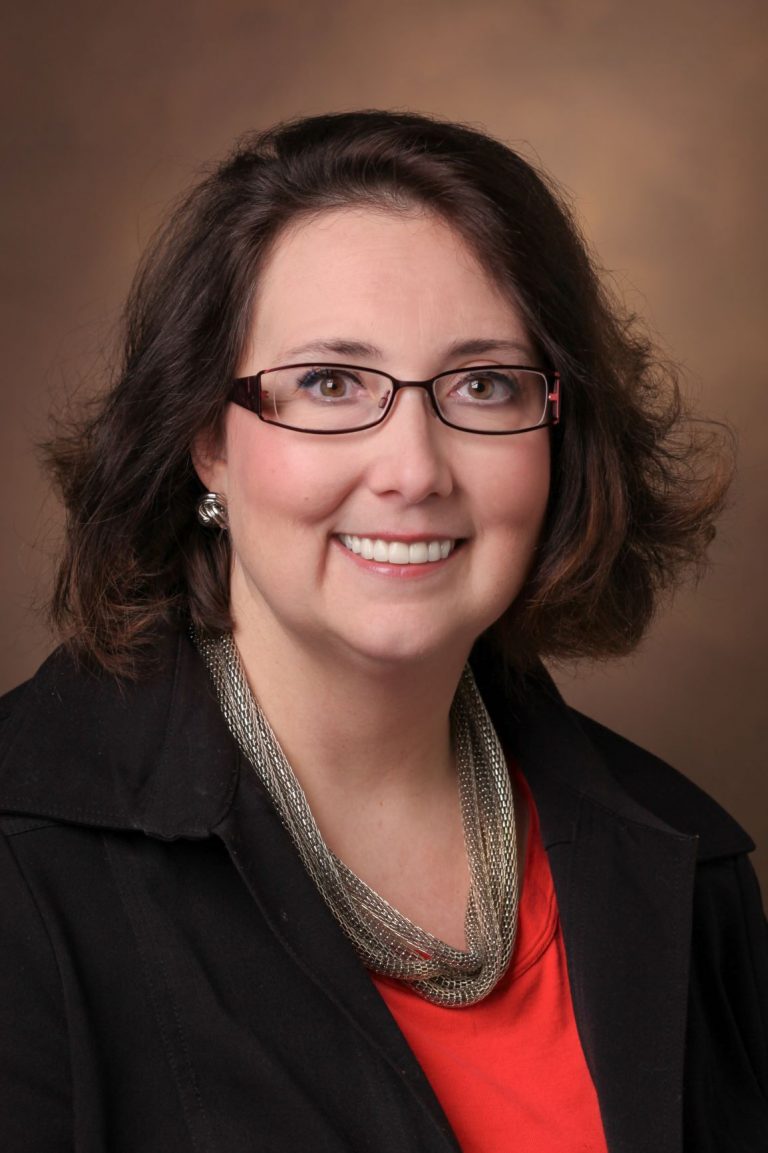 Adjunct Instructor of Health Care Administration
Work Email: kmandato@cumberland.edu
Location: Labry School of Science, Technology, and Business
Category: Adjunct Faculty
School: The Labry School of Science, Technology, and Business Adjunct
Degrees:
B.A., University of the South, Sewanee
M.B.A., Trevecca Nazarene University
Ph.D., Capella University
Bio:
Kathleen Mandato is the Director of Epic Training & Delivery at Vanderbilt University Medical Center.  She has worked in the field of training and organizational development for the last twenty-five years; ten years in telecommunications, and fifteen years in the healthcare industry. Kathleen has a MBA and a PhD in Education with a specialization in Training & Performance Improvement. She is a registered corporate coach and is Epic Software certified in the Cadence application. Kathleen also teaches healthcare related undergraduate/graduate classes as an adjunct professor. When not working, she enjoys movies, cooking and traveling. 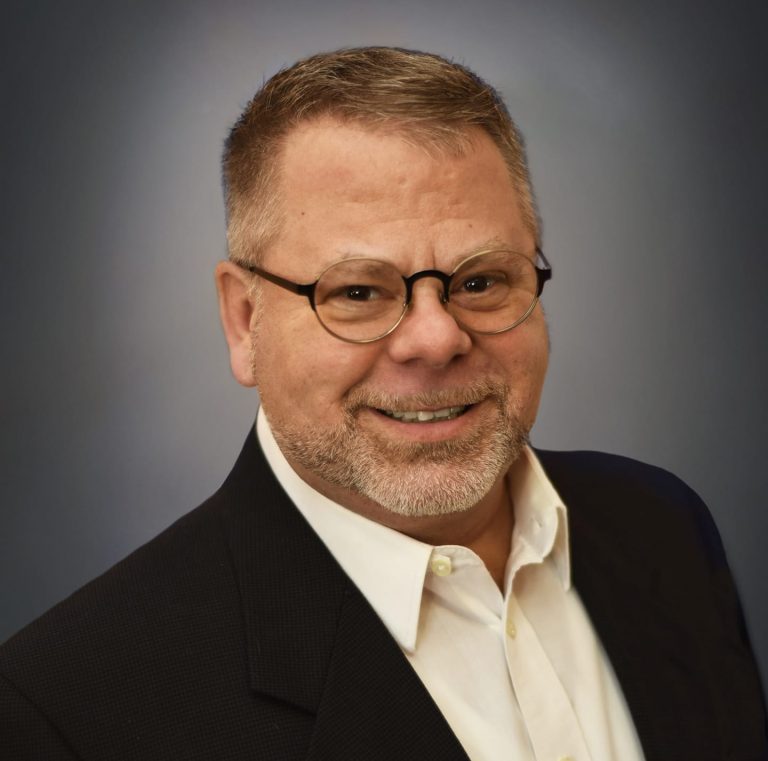 Adjunct Instructor of Business
Work Email: jkill@cumberland.edu
Location: Labry School of Science, Technology, and Business
Category: Adjunct Faculty
School: The Labry School of Science, Technology, and Business Adjunct
Degrees:
B.S., Ohio State University
M.S., Argosy University, Nashville
Bio:
Mr. Kill comes to us from The Art Institute of Tennessee-Nashville.  He held the position of Assistant Culinary Director.  During his 13 years teaching, he has generated student schedules and presented complete lessons, via project-based methodologies, on the fundamentals of culinary and hospitality management at the associate and bachelor’s level. Developed 15 detailed and individualized courses on culinary-based accounting, leadership, and management to combat student problem areas. Evaluated semester courses and student degree audits. Coordinated with various administrators to ensure continuous advancement of culinary technologies in addition to the successful execution of food-related community events. Coached newly hired instructors and faculty members to guarantee top-level skills.   Mr. Kill have established a track record of success in the Hospitality Industry by keenly driving enterprise-wide success and leveraging a collaborative leadership style to accomplish all short- and long-term project and business objectives. An engaging and articulate communicator, he is able to clearly convey complex hospitality, training, and organizational information essential for the proposal of novel solutions that have built consensus with company executives, clients, and key stakeholders. Mr. Kill has been able to promote exceptional across-the-board performance by revitalizing underperforming areas, developing programs to boost and introduce new company services, and capturing new opportunities for growth. His overall history has been reinforced by training high-caliber talent and encouraging professional growth at all levels.

Adjunct Instructor of Business
Work Email: JIsaacs@cumberland.edu
Location: Labry Hall
Category: Adjunct Faculty
School: The Labry School of Science, Technology, and Business Adjunct
Degrees:
B.S., Oral Roberts University
M.B.A., John Hopkins University Carey Business School
Bio:
Jacqueline Isaacs joined Cumberland University as an Adjunct Instructor of Marketing in Fall 2020. She is the Director of Strategy for Bellwether Communications, where she crafts content marketing strategies for thought leaders. She serves as the firm’s managing partner in Nashville, TN. Prior to co-founding Bellwether Communications, Jacqueline gained wide-ranging experience in media relations for national brands and content marketing for nonprofits. She previously served as the Fellow in Strategic Communication with the American Studies Program in Washington, DC. She holds an M.B.A. in Marketing from Johns Hopkins University and a B.S. in Government from Oral Roberts University. Passionate about mentoring, she volunteers as an Ideas Council member for the Initiative on Faith & Public Life at the American Enterprise Institute in Washington, DC. In this capacity, she serves as a mentor for college students, regularly speaks on campuses, and participates in major conferences. Another passion of hers is books and reading, and she has served as a judge for The Gospel Coalition’s annual book awards since 2016. She is the co-author of the book, Called to Freedom: Why You Can Be Christian and Libertarian, and she voiced the audiobook edition, now available on Audible. Her next book, About Twenty: How to Avoid a Quarter-Life Crisis & Life Your Twenties Well (working title), has been delayed due to the pandemic, but is expected to be released later in 2020 or early 2021. She currently lives with her husband and dog in Murfreesboro, TN, where they enjoy cooking, spending time outside, and leading a community group with their church.
Page 1 Page 2 Page 3 Page 4