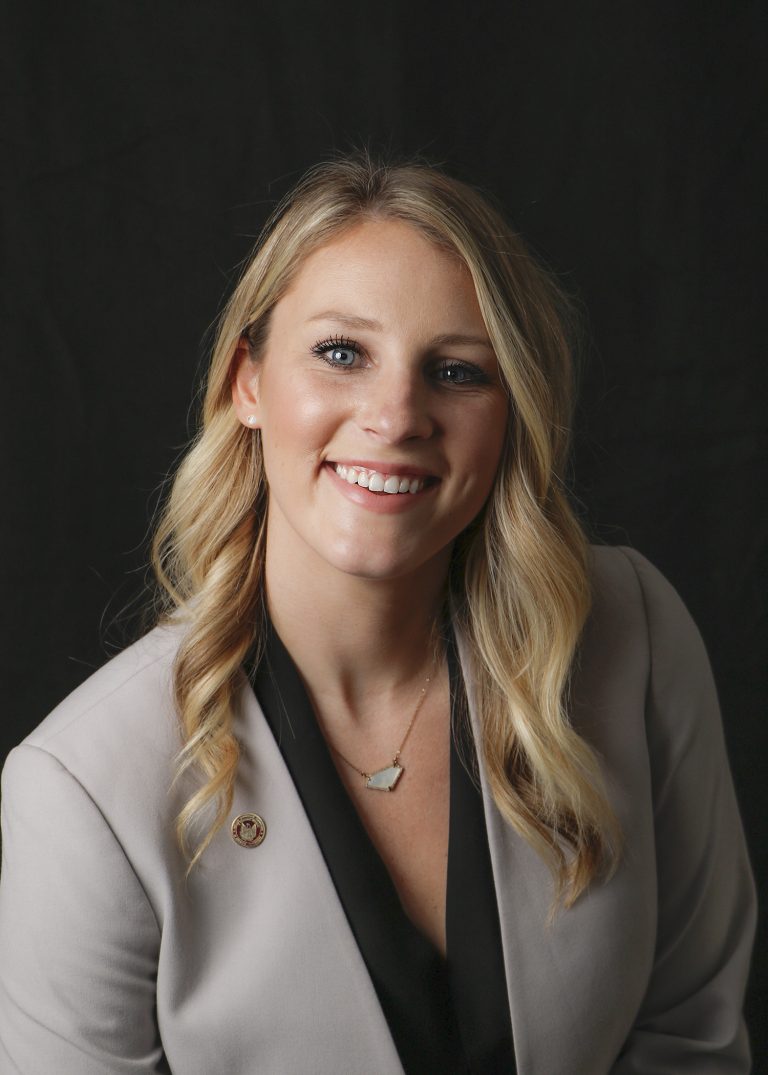 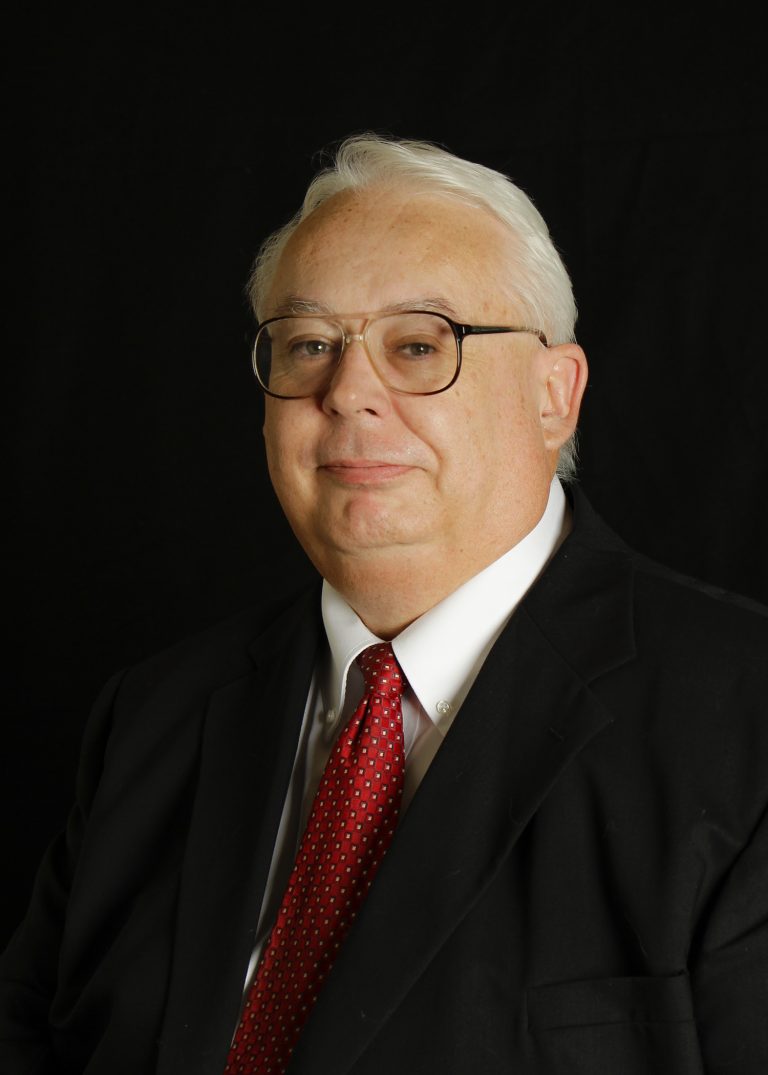 Assistant Wrestling Coach
Work Email: tssmith@cumberland.edu
Work Phone: (615) 453-6328
Location: Dallas Floyd Phoenix Arena
Category: Staff
Department: Athletic Department
Degrees:
M.A., Southeastern University
Bio:
Former Cumberland alum returns to the Wrestling program as an assistant coach. Smith comes to Cumberland from Celebration High School in Celebration, FL where he was the Head Wrestling Coach. While at Celebration, he coached three FHSAA state qualifiers, two of those being state placers. During his time as head coach he compiled 48 dual meets wins, 4x district runner-up, and an appearance in the region duals finals. In 2019, he was named Orange Belt Conference Coach of the year. Smith served as a graduate assistant at Southeastern University for two seasons. During his time as an assistant coach, Southeastern produced 4 NAIA All-Americans, 10 NAIA national qualifiers, and a 12th place finish at the NAIA National Tournament. Smith was a NAIA National Qualifier and team captain for Cumberland University, as well as a three-year starter for the Phoenix. He was a member of the 2015-16 Mid-South Conference championship team, and was ranked as high as 8th in the nation. He was a runner up at the GHSA State Championships for Sonoraville High School. He graduated from Cumberland with a Bachelor of Science in Health and Human Performance with an emphasis in Education in May 2016. In 2018, He graduated with a Master of Arts in Ministerial Leadership from Southeastern University. 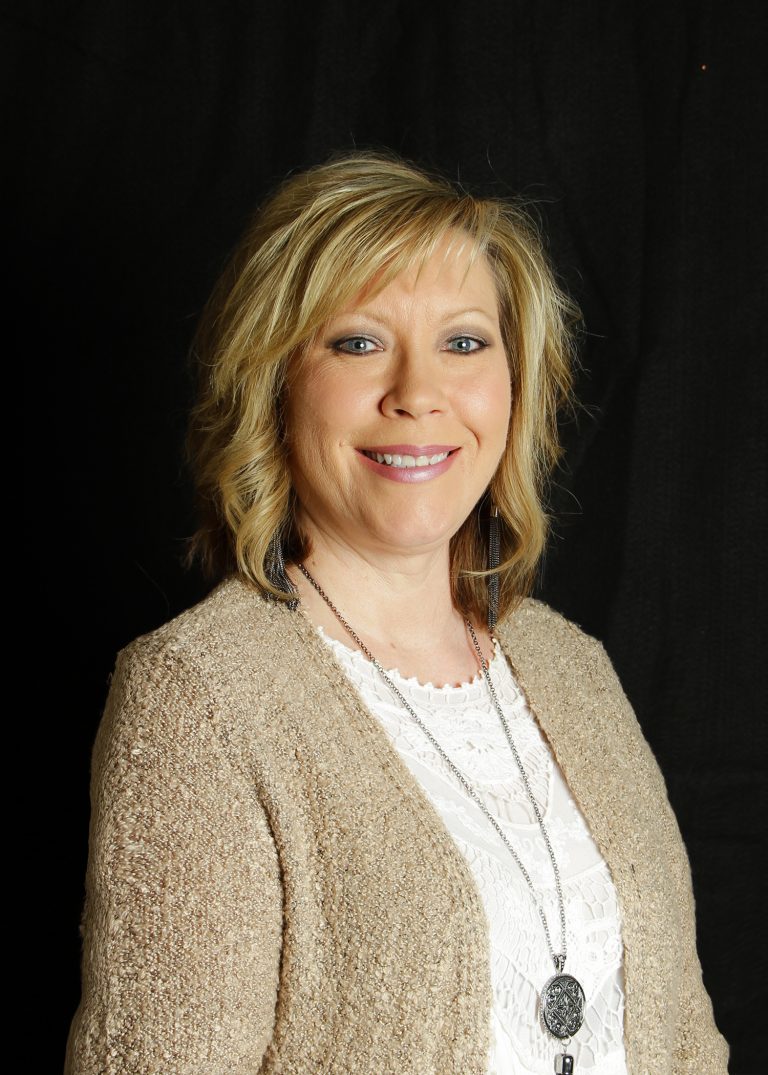 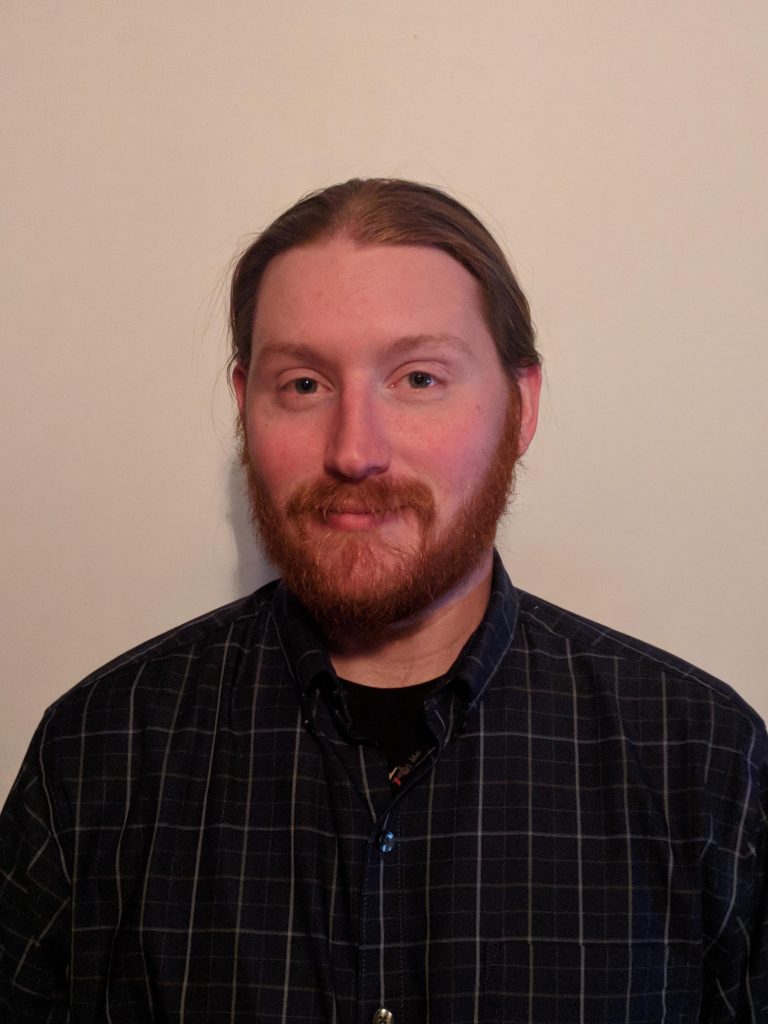 Network Technician
Work Email: astout@cumberland.edu
Work Phone: (615) 453-6367
Location: Labry Hall
Category: Staff
Department: Office of Information Technology
Bio:
Adam Stout was born under the sign of the Bull, in the beginning of an abundant summer. Fate was kind and bestowed upon the young one with a quiet, watchful curiosity that would only grow. Always inquisitive with how technological mechanics worked, he would aspire to be an intelligent tinker accompanied with a mischievous side that would only show well after the antic was discovered. Most inconvenient! The craft he sowed was bestowed upon him from the mythical scribe societies of Nashvillian State and Technological Tennessee Universities. Here, he would study his trade for years and discover the art of Fencing, a skill sure to set any rapscallion tripping over their dastardly feet! The mad lad would experience a multitude of occupations, such as a high low tier electronic specialist contracted to the Guild of MartWal and a circuitry disciple to the secretive sector known as Intelligent Solution, on a journey that would one day lead the traveler to the next chapter of the doorstep to destiny, the Land of Cumber IT. Thrown into a pit of other eager competitors, all envious of the honorable position of Technician, only one would emerge triumphant. Like locust flies, each would fall from the skies with only the harsh hiss of the wind to accompany their failure, until all that remained was the young man. Tall and unwavering, he ascended to take his place among the Internet Elders and was declared, essential. Legend says that to this day, those that pay homage to him and ask for help in their time of need often find the issues that would plague or hinder them, disappear, as if it was never there to begin with. 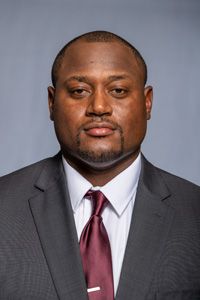 Assistant Football Coach
Work Email: tsmith@cumberland.edu
Work Phone: (615) 547-1344
Location: Football Athletic Training Building
Category: Staff
Department: Athletic Department
Degrees:
B.S., Western Kentucky University
Bio:
Taurean Smith returns to the Cumberland staff as the defensive coordinator. Smith spent the last five years at NCAA Division II Kentucky Wesleyan, serving as the associate head coach, defensive coordinator and recruiting coordinator. In his first season, he helped the Panthers to a 7-4 mark, the best record in program history, just one year after a winless season. He improved the defense in nearly every statistical category en route to the program’s first winning season in 15 years. Smith was named Interim Head Coach at Kentucky Wesleyan this past August, posting a 3-7 mark. During his time in Owensboro, 11 KWC players earned All-Conference accolades, including First Team recognition for defensive back Alijah McGhee, who led the Great Midwest Athletic Conference with seven pass break-ups and six interceptions, and Second Team honors for defensive end Dalan Cofer. Smith also coached G-MAC Special Teams Player of the Year Keelan Cole, who now plays for the Jacksonville Jaguars. He spent the 2012 and 2013 seasons at Cumberland, working primarily with the linebackers as well as helping with special teams. His linebacker trio ranked first, third and fifth in tackles for the Bulldogs in 2012, accumulating 16.0 tackles for loss with one sack, one interception and three interceptions. Connor McChurch earned Second Team All-Mid-South Conference honors for the year. In 2013 the tandem ranked first, third and fourth in tackles with four interceptions, 11 tackles for loss, six pass breakups and 10 quarterback hurries. The group also forced five fumbles while Nathan Jernigan garnered Second Team All-MSC accolades and was also named MSC Freshman of the Year. Smith coached one season as a graduate assistant at Bethel University, working with linebackers. Stayce Whipple garnered First Team All-Mid-South Conference accolades that year. He was in charge of breaking down opponent film and drawing scouting cards for the Wildcats, who posted an 8-3 overall record, falling in the first round of the NAIA Playoffs. His coaching career started as a student assistant at his alma mater, Western Kentucky, assisting with linebackers and special teams. He also broke down film and assisted with daily recruiting on campus activities. Smith played two seasons for the Hilltoppers at inside linebacker for coach David Elson. He played in 24 career games at WKU, compiling 88 tackles as a senior with 5.5 tackles for loss as well as one interception and two forced fumbles. He recorded double-digit tackles in three straight contests, including 13 at Navy, and returned an interception 16 yards against South Florida. He ended his career with 11 tackles against Arkansas State. Smith posted 49 stops as a junior with one fumble recovery and one pass breakup, including four tackles and a pass breakup versus Virginia Tech. He recorded a team-best 10 stops with a sack against Ball State and notched eight tackles versus Florida International. He played two seasons at Minnesota State Community and Technical College, earning Male Student-Athlete of the Year honors as a sophomore. He earned First Team All-Region and All-Minnesota Community College Conference honors as a sophomore, registering 118 total tackles, eighth best in the nation, along with seven interceptions and eight tackles for loss. He recorded 25 tackles against Ridgewater Community College and was credited with 18 stops and two interceptions versus Vermillion Community College. Smith paced the Spartans with 102 tackles along with three forced fumbles as a freshman, garnering Second Team All-MCCC accolades. He was a three-year letterwinner at Perry High School in Perry, Ga., twice earning the Coaches’ Award. He posted 88 tackles as a senior, helping the Panthers play their first-ever home playoff game, and registered 82 stops with three sacks and two fumble recoveries as a junior. Smith made 64 tackles as a sophomore and also earned three letters in basketball. Smith received his bachelor’s in Physical Education from Western Kentucky in 2011. 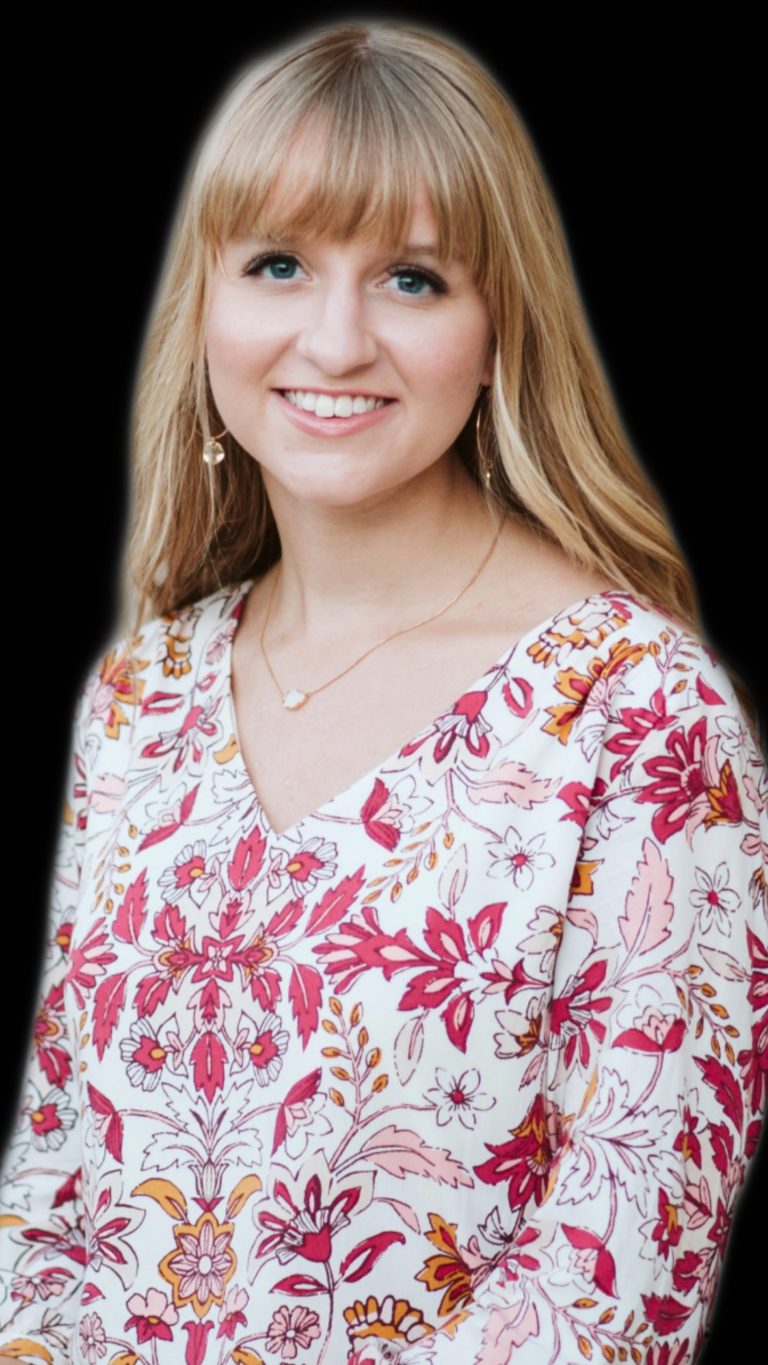 Enrollment Specialist
Work Email: asmith@cumberland.edu
Work Phone: (615) 547-1220
Location: Memorial Hall, Room 103
Category: Staff
Department: Office of Enrollment Services
Degrees:
B.A., Freed-Hardeman University
Bio:
Annah Smith is a Lebanon local who graduated from Friendship Christian School in 2016, after attending there since first grade. From there she went to Freed-Hardeman University where she graduated summa cum laude in May of 2020. She obtained two degrees: a B.A. in Communications with an emphasis in Public Relations, and a B.A. in Photography.  While she was a student at FHU she was involved in the leadership of her social club, Chi Beta Chi. She served as a community service representative, ads manager, and Makin Music director. She was also blessed to be able to study abroad for a semester in Europe. Her love for communicating with young people and their families was fostered during her internship at Vanderbilt Children’s Hospital in Seacrest Studios during the summer of 2019. She comes to CU after nearly a year of working as a photographer for LifeTouch school portraits. Annah is excited to begin her role at Cumberland to help students grow to love it here! 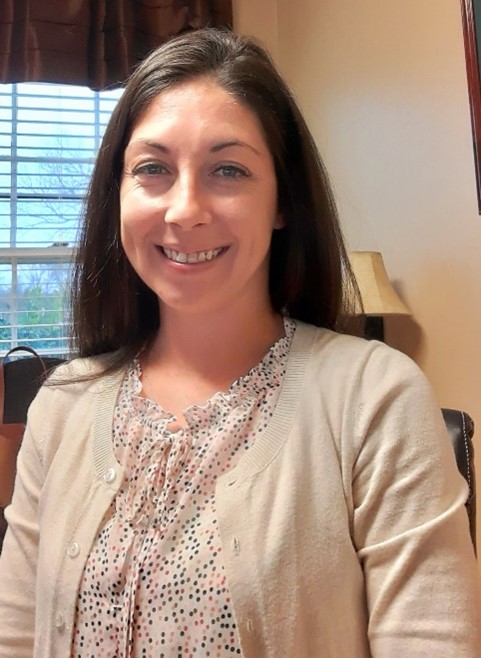